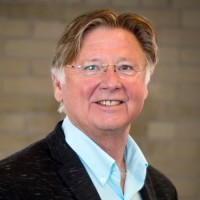 He began his medical practice in Cold Lake Alberta and later moved to Brooks, Alberta. As a rural practitioner, Dr. Oberg performed surgery, anesthesia, emergency medicine and obstetrics as well as keeping a busy office practice.  In 1993 he made the decision to enter politics and successfully ran for the Progressive Conservative nomination defeating the incumbent MLA. He was elected on June 15, 1993 as the MLA for the constituency of Bow Valley. Premier Ralph Klein appointed him Chair of the Premier’s Council on the Family and later the Chair of the Standing Policy Committee on Healthcare Structuring in 1995.

In 1997 he won his second term with one of the highest pluralities in the province and was appointed Minister of Social Services. This extensive portfolio included Children’s Services, Persons with Disabilities and Social Welfare. During the next two years he introduced numerous initiatives such as the Fetal Alcohol Syndrome (FAS) prevention program and increased resources for autism. He was appointed Minister of Learning in 1999 which was the amalgamation of two ministries – Education and Advanced Education & Career Development. He was the Minister responsible for all schools, colleges, technical schools and universities as well as immigration for the province. During his 5 1/2 years as minister he brought about many changes to the education system. The Alberta Initiative for School Improvement (AISI), one of his accomplishments, has been heralded as the most significant educational applied research program in Canada. As a result, over 1000 projects on how to improve learning in the school system have been presented. Under his direction, Alberta students placed number 1 in the world on the 2004 OECD PISA examinations.

After his re-election in 2004, he was appointed to Cabinet for the third time, as Minister of Infrastructure and Transportation, again an amalgamation of two ministries. He was given authority for the over $10 billion Capital Project list and approved the first leg of the Anthony Henday ring road in Edmonton which was the first “P3” project in Alberta. This project won national awards for Private/Public partnerships. In the spring of 2006, Dr. Oberg entered the Progressive Conservative leadership race. His platform included many policies that have since been successfully implemented.  Although he did not win, he was immediately appointed Minister of Finance. As Minister of Finance he outsourced the Alberta Investment portfolio of close to $75 billion into a new corporation called Alberta Investment Management Corporation. AIMCO is responsible for investing these funds in the best possible fashion to earn money for the citizens of Alberta.

In March of 2008, Dr. Oberg made the decision to step down from politics, leaving Alberta with one of the biggest surpluses in its history. Dr. Oberg is an Honorary Chief of Treaty 7, an honor that was given him for his work in Aboriginal education. In July of 2010, Dr. Oberg was the primary consultant for a CIDA project in the Eastern Cape Province of South Africa, dealing with revenue generation for hospitals.

He currently sits on the board of directors of several public and private companies  and is a volunteer board member of the Rosebud School of the Arts. He and his wife Evelyn reside in Kelowna British Columbia and have four adult children. He enjoys hunting, boating and home renovation projects.