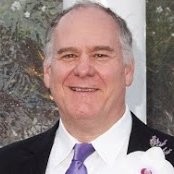 HOW I DO IT: I bring teams of experts like me to executive advisory boards to cover critical issues and find viable paths forward.

MY STORY: I grew up more than 50 years ago surrounded by technology. Hacking systems, people, and organizations legally was my passion then as it is now, and I understand how stuff breaks and how to keep it from breaking both in cyber and business.

– I started my first business in the 1970s, earned the title “Father of the Computer Virus” while completing my Ph.D. in the 1980s, and devised defenses used in more than 80% of computers worldwide.

– In 1987 I grew The Radon Project from 8 to 250 employees in under 6 months, exiting ultimately to a public company.

– In the 1990s, I worked on critical infrastructure and cyber warfare defenses generating more than $1B in contracts, joined Sandia National Laboratories, and worked to secure the US nuclear complex and for the President’s Commission.

– In the 2000s I was Principal Analyst for Security and Risk Management Strategies at Burton Group, ultimately acquired by Gartner.

– I now head the secure cyber committee as Pebble Beach Chapter President of Keiretsu Forum, the most active equity investment firm in the world, am CEO of my own firm, and run advisory boards for many companies.

LIKE TO KNOW MORE? Connect with me here on LinkedIn and I’ll send more details.