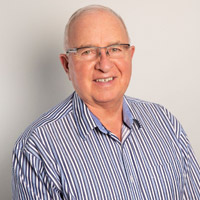 Returning to residential and commercial construction Gary built a successful fully diversified drywalling company that grew to be one of the most trusted in Alberta and British Columbia.

In addition to being actively involved in church activities over the years while he and his business partner and wife Lorrie raised four children, Gary also helped form and served in leadership roles in the BC Wall and Ceiling Association.

Today Gary lives in semi-retirement in West Kelowna, BC and consults to a variety of construction companies.  As an MIP strategist/advisor he brings a wealth of knowledge in construction and entrepreneurism and can mentor and advise in these areas.

Gary is an avid cycler and has enjoyed travelling the world to explore two wheeled adventures in several countries.  His longest cycling trip took him down the entire west coast of the USA from British Columbia to Mexico.