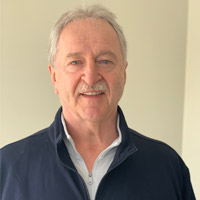 Since 1975 when Hank founded Power Tech Electric, Hank has lived by the company’s core values of Safety, Respect, Dedication and Customer Service.

As a high level athlete in his younger years, Hank went on to coach and support his son Adam Deadmarsh who excelled over his nine year National Hockey League career winning the Stanley Cup with the Colorado Avalanche as well as representing his country twice at the Olympic Games.

Hank served as the head coach of the Trail Smoke Eaters Junior A hockey club and the Beaver Valley Nighthawks Junior B team from 1985 – 2006 in various roles from coaching to management.