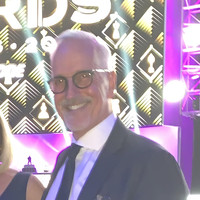 After attending Pepperdine University in Malibu and UCLA in Los Angeles as a visiting student. During his time in California he worked with entertainment and sports lawyer Ted Steinberg advising clients such as Kareem Abdul Jabbar, John Elway, Dan Marino and SCTV Alumni, Eugene Levy. Ritch, a former stuntman, was admitted to practice law in California in 1983 and in Alberta in 1984.

Ritch left Los Angeles in 1984 to establish his own company, The Sports Corporation (“TSC”), in Edmonton. TSC grew from a single location in the basement of Ritch’s condo back in 1985 to offices in Toronto, Winnipeg, Phoenix, Los Angeles, Sweden, the Czech Republic and Slovakia. Ritch sold TSC in 2010 to start a new sports consulting and hockey agency, wintersports ltd. Ritch currently represents NHL players such as Marian Hossa, Mark Giordano and Tomas Tatar, among others.

In 1989, Ritch spearheaded the player revolt that led to then NHLPA Executive Director Alan Eagleson’s conviction on fraud and racketeering charges. Ritch’s efforts led to the publication of NHL salaries causing them to rise dramatically and quickly. These activities quickly established Ritch as one of the game’s most respected business leaders. Chicago’s Rinkside Magazine referred to him as the game’s “first player-agent superstar”.

Ritch has been actively engaged in helping active and retired NHL players throughout his career. In 1990, Carl Brewer, Gordie Howe and Bobby Hull contacted Ritch to help them recover pension monies the NHL had withdrawn from the players’ pension fund. Ritch led the group to securing a $50 million judgment for the players.

In 2014, Ritch and Calgary Flames President, Brian Burke co-founded the Business of Hockey Institute, an academic research organization aimed at advancing the global business of professional hockey, and world’s first MBA program for a professional sport in association with Athabasca University, the world’s first online university whose Executive MBA has been rated by the likes of the Financial Times of London as one of the top 20 programs of its type in the world.

Ritch is married to Cindy and has five children; Joel, Tessa, Brit, Alana, and Alexa. He is the founding President of the Variety Club of Northern Alberta, an organization dedicated to helping handicapped kids. He is also an active member of his church serving in various capacities.