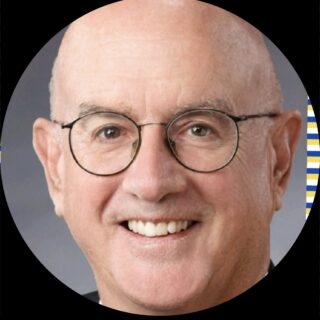 Mr. Newman is a graduate of UBC with BSc 70 in Geophysics and Geology.
Mr. Newman is that rare combination of technical expertise and management skill. He has used this knowledge base to co-found four TSE listed companies: Courage Energy Ltd., Geophysical Microcomputer Applications (International) Ltd., Winstar Resources Ltd. and COSTA Energy Inc.

Ron has over 40 years of exploration and development experience and contributes a rare combination of technical and management experience. He has applied this knowledge base to co-found four TSE listed companies: Courage Energy Ltd., Geophysical Microcomputer Applications (International) Ltd., Winstar Resources Ltd. and COSTA Energy Inc.

Geophysical Microcomputer Applications (International) Ltd became the world’s largest supplier of geophysical modeling software. Ron was twice nominated for Entrepreneur of the Year in Alberta and GMA sold its software assets to Halliburton (Geographix) in 2000.

At Meridian, Ron works as an Exploration Geoscience specialist, offering geological and geophysical advice to Meridian and its client companies. He has worked extensively in almost every area of Alberta, British Columbia, and Saskatchewan in Canada, in addition to international experiencein most of the major geological basins of the world.

Ron holds a Bachelor of Science Degree (Geophysics and Geology (minor)) from the University of British Columbia and is a member of the Association of Professional Engineers, Geologists and Geophysicists of Alberta.