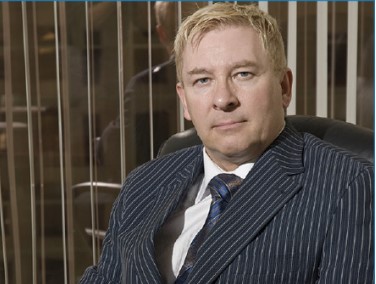 Asked how his company has quickly earned a reputation as a leader in bringing capital and other vital services to small and medium-sized enterprises, Keith Turner doesn’t hesitate.

“We put the right people together with the right money at the right time,” says Turner, President and CEO of Meridian Merchant Capital Canada Ltd. “We call that the Meridian Effect.” Meridian is a European-style merchant banking firm that provides or arranges financing to help a company climb the next rung – or a few rungs – on its ladder to success. Based in Calgary and Vancouver, Meridian is expanding across Canada and the U.S. through the opening of independently owned business development offices.

Since launching four years ago, Meridian has assisted Canadian firms operating in a variety of sectors, including oil and gas, real estate, construc-tion, car rentals and audio-visual.Meridian works primarily with private companies whose annual revenue ranges from $5 million to $250 million – but places no restrictions on the sectors in which it will work.

“We don’t just raise money,” says Turner. “We advise and help a client grow. We help them acquire companies. We help them access capital for growth and we sometimes supply that capital ourselves through our related fund Trinity Capital.”

Such service sounds heav-enly, but Turner, who has more than 30 years of merchant-bank-ing experience, is not an angel investor.

“An investor invests money, an investment broker arranges capi- tal, and a consultant ad-vises.We do all those things and more. We’ll also write your busi-ness plan for you if you need us to and conduct strategic planning sessions to make sure the com- pany is on track. Raising money for a business is relatively easy, but just having the money does- n’t guarantee success. In several of our situations, we put in our own chief financial officer and our own monitoring people.”

The Meridian Effect capi-talizes on a model first used centuries ago in Europe, where companies that couldn’t get money from banks turned to fel-low merchants.

“The merchants would often lend money that the banks wouldn’t lend,” says Turner. “That’s why those bankers became known as merchant bankers.They actually were merchants directly involved in the trade.”

The same goes for Turner and Meridian’s other principals.All are experienced business leaders based in Vancouver and Calgary. “Every one of us in the company has got blood on their T-shirt,” says Turner, who owned a media company and has been three times nominated and a Finalist in 2008 for Entrepreneur of the Year in Canada by Ernst and Young.

Turner began his merchant- banking career at age 17 and worked for British and U.S. banks for 22 years, 11 of them in NewYork and five in London, England, with a specialty in structuring creative deals.Prior to founding Meridian, he served as senior vice-president of a Vancouver-based investment banking firm. Turner and Randy Lennon started the company four years ago after discovering there was no company in Canada that could meet all of a growing firm’s capital needs.

“What I’m doing today in Can–ada, I was doing 25 years ago in NewYork City,” says Turner. “Merchant banking is only com–ing to Canada now.”

Benefits of working with Meridian? Access to capital, in-tellectual resources and people.Meridian provides service from Day One to deal-closing day. If necessary, Meridian will stay on for up to one year after the deal. “We’ll help that company through its transition by, once the deal is closed, not leaving them alone,” says Turner. “We stick around.”

An exemple of how Merid-ian adds value, the company worked with the new owners of Apex AVSI based in Calgary. After successfully executing on a management buy-out of the origi-nal company founder, Meridian was engaged by the new owner/management team to bring new equity to the business in order to grow through acquisition. Merid-ian packaged up the opportunity and presented to a number of private equity groups. In 2006, Meridian successfully negotiated an ownership position for Trinity Capital, that facilitated cash pay-ments to the management team while strengthening the financial position of the company to grow. In 2008, Meridian closed the suc-cessful merger of Apex with its largest competitor, Sharp’s Audio Visual, allowing for the original management team to now run the largest audio visual firm in Canada.

If your company is seeking capital to grow, make an acquisi-tion, execute a management buy-out, or develop an exit strat-egy for entrepreneurial founders, contact Meridian Canada at 403-538-2130 or visit www.meridiancanada.com.

Meridian is also seeking mo-tivated individuals who may be interested in opening indepen-dently owned business develop-ment offices across Canada and the U.S.